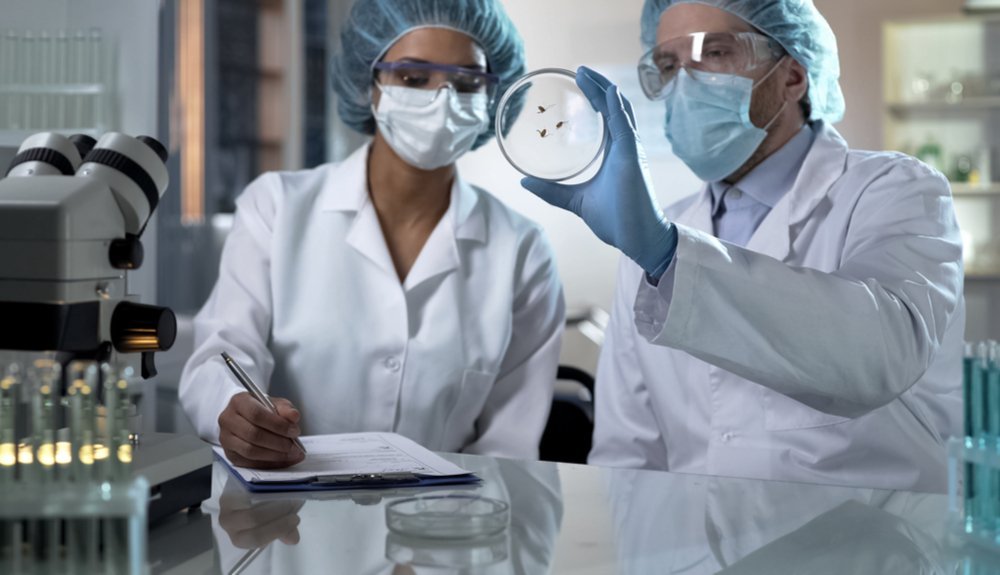 Continuing the series of Chromatrap®, this month we bring you yet another success story about our ChIP kits helping improve scientific institutions research. We love hearing from customers how our technology has helped further their research!

Over the past year I’ve just been optimising the Chromatrap ChIP-seq kit to use for epigenetic profiling of insects. Originally the kit was for used for mammalian cell lines, that’s what they’ve been optimised for – so we’ve taken the kit that was available commercially and optimised the process for insects.

General duties over the past year have included maintenance of insect cultures; Drosophila and Nicrophorus vespilloides e.g. feeding and breeding for which have been used as the raw material to optimise the Chromatrap kit. Drosophila was investigated for its common use in molecular research and N. vespilloides to show the portable application across insects. (N. vespilloides is commonly studied for behavioural plasticity experiments).

Which Chromatrap kit did you use for your research? And how did you learn about it?

I used the Chromatrap ChIP-seq kit. At the start of the project I was introduced to epigenetics and the whole area of epigenetic research. I had previously worked on another project which uses a traditional bead-based method of ChIP-seq. That was at the beginning of the Chromatrap masters – after being introduced to the Chromatrap kit I’ve realised the time-saving benefits of it.

How much time has the kit saved you compared to your previous techniques?

It has saved me at least a day, and time is money after all, and we don’t have a lot of time in this process.

I have been using Chromatrap antibodies to isolate a particular epigenetic mark (H3K4me3) of interest of both Drosophila and N. vespilloides. We follow this through by high throughput sequencing, which is how we get the biological information that we retrieved.

And that’s the technique you used on the beetle and now adapted to Drosophila?

So we started optimising both beetle (Nv) and flies (Dm) step by step. The primary objective of this project was to get the sonication conditions correct, as for successful ChIP-seq high quality fragmented DNA is key. For successful ChIP-seq, you need high-quality chromatin and Chromatrap offer their own kits for either enzymatic or sonication shearing so we went for the sonication as it was what’s available for us from the university.

Then I processed each life stage – so the four life stages for both species (adult, pupae, larvae & embryo). Due to the content of cells in these life stages – things like lipids alter – so they require their own optimisation. Then once I’ve processed all of these, we propose different times and different buffer volumes to use, and will be used to generate a Chromatrap kit optimal for insects.

How do you see the role of the kit when you move on the next stage of your career?

If my next venture begins exploring epigenetics, then I will be looking at the Chromatrap kit, just because it’s simple to use and quite intuitive, so you can get along with the protocol quite well. And compared to the more traditional ChIP-seq protocols, you are saving time because you have an extra day involved.

So that’s something that you’ll never go back to, the previous method?

If I venture back into epigenetics, my first go-to will be the Chromatrap kit.

And it terms of being able to buy this yourself, what’s the process internally?

The project I’ve just done now was ESF funded by the European government, so I had a specific budget for myself and I could pick whichever kit I wanted. That purchase is authorised through the admin department of the university. But due to the close working relationship of this project with Chromatrap, they kindly supplied me with the kit and antibodies directly. But independently they are easily obtained through purchase orders.

Revolutionise your research with our Chromatrap® ChIP-seq kits. Find the best kit for you using our step-by-step guide or contact us for advice.